The day after the New Moon in Pisces, the Solar Eclipse and the Vernal Spring Equinox we have THE DAY OF SILENCE IN BALI.  How auspicious.

What is this about?

Nyepi Day in Bali is a New Year’s celebration unlike anywhere else on the planet. Also known as Bali’s celebration of the Saka New Year and the Bali Day of Silence, it is ultimately the quietest day of the year, when all of its inhabitants abide by a set of local rules that brings all routine activities to a complete halt. The roads all over Bali are void of any traffic and nobody steps outside of his or her home premises.  No Travel – no cars on the streets; except ambulances and police patrols and emergencies.  No Activity. No Fire.  No Entertainment.  No lights are turned on.  Total Darkness.  Total Seclusion from 06:00 to 06:00.  A time to relax and contemplate.

Nyepi is a public holiday in Indonesia, it is a day of silence, fasting and meditation for the Balinese people. Nyepi is a day reserved for self-reflection, and as such, anything that might interfere with that purpose is restricted. The main restrictions are no lighting fires (and lights must be kept low); no working; no entertainment or pleasure; no traveling; and, for some, no talking or eating at all.

The effect of these prohibitions is that Bali’s usually bustling streets and roads are empty, there is little or no noise from TVs and radios, and few signs of activity are seen even inside homes. The only people to be seen outdoors are the Pecalang, traditional security men who patrol the streets to ensure the prohibitions are being followed.

BEFORE DAY OF SILENCE:  Village meeting halls known as ‘banjar’; and streets; feature papier-mâché effigies called ogoh-ogoh, built throughout the weeks leading up to the Saka New Year. Youth groups design and build their mythical figures with intricately shaped and tied bamboo framework; before many layers of artwork.

The Day Before the Day of Silence every Balinese Household starts the evening with BLESSINGS at the FAMILY TEMPLE and continues with RITUALS called the pengrupukan; where each member participates in ‘chasing away’ malevolent forces, known as bhuta kala, from their compounds – hitting pots and pans or any other loud instru
ments along with a fiery bamboo torch. These negative spirits manifest as ogoh-ogoh, the papier-mâché effigies created earlier.  They are carried in a possession and then burnt to ward off the negativity of the ogoh-ogoh.

Then there is the DAY OF SILENCE.  Complete Silence. On the day after Nyepi, known as Ngembak Geni, social activity picks up again quickly, as families and friends gather to ask forgiveness from one another, and to perform certain religious rituals together.

These are the Rituals Performed:

I got all the above information on Bali from the following links: http://en.wikipedia.org/wiki/Nyepi and Bali Day of Silence / New Year / Nyepi Day.

Visiting Bali brought forth many new ways of living.

The night I arrived I met up with my new friend JP Parker, who was introduced to me by the wonderful Mynoo Blackbym via Skype.   When I told her I wanted to see Bali from a spiritual perspective she introduced me to her friend and guide.  He became my Guide too.  He took me to Uluwatu Temple, Kuta Beach and Vision Villas, where I met the dashing smiling Roger Hamilton; who had just arrived from Singapore.  What was so nice was the my guide, Yanta Wayan  had already phoned ahead to Vision Villas to tell them I was coming.  Great initiative.  At Uluwatu I loved the actual temple priest blessing me with holy water.  Yanta Wayan  is an exceptional Guide.

There are four names in Bali that both men and women share. They are:  Wayan, Made, Nyoman and Ketut. The names are given to each child by the order of birth.  The first boy or girl is Wayan.  So I guess I would be named Wayan.  The second child is Made.  The third child is Nyoman. The fourth child is Ketut.   If a Balinese family have more than four children they start the name from number one and the fifth child is called Wayan.   Balinese people like using nicknames or family names to refer to themselves.

As a woman I am called “Miss Toks Beverley Coker” in London, in Bali I would be “Ni Wayan”.  Men are “Mr” in London; and “I” in Bali.  So a first born boy would be “I Wayan”.   This really is a different life style.

The Balinese celebrate their birthday every 6 months.  Another wonderful new information to digest I thought.  I thought he just told me he is 43 English years; that makes him 86 Bali years. I decided to end the conversation.  Too much maths I thought.

Walking around Ubud, Bali, I saw a lot of rituals being performed by the ladies in the hotels, the res
taurants, the streets, the front of homes, the toilets, the gardens, in the road (middle of the road, corner of the road), the temples, the forest, the caves, etc.  It was absolutely fascinating watching the way the women walked and carried the offerings on their heads or holding the offering tray in one hand.

Bali really is the Island of the Gods. I can say I have never seen so many rituals in one hour.   It was every day, every hour, every minute.  There was no stopping the never-ending procession of women doing rituals in traditional clothing with a smile on their face.  Fascinating.

I found all this time consuming; and wondered at the expense of the offerings (flowers, fruits, incense, leaves, money, etc.) and clothing.  I realised they spent a lot of their money doing all this.  Even when working they will take time off to do their rituals.  They cannot live with out these rituals, offering and ceremonies.  Every two to four days is a religious ceremony.  I felt an element of self-sacrifice and order was needed to keep this cycle going.  I could see the practice of good thought, good speech and good deed in action everywhere I observed as they performed their sacred duties.

There are fives types of ceremonies: Ceremonies for the Gods, for human’s important life events, for priests, for ancestors and for devils.  Rituals and Ceremonies between Spirits (good and bad) and Humans.  Offerings are made to the different gods – god of the temple, the family temple, the main temple, to nearby temples, and to original temples.  Offerings are also made to Nature gods, Mother Earth, and the Sea god.

In my hotel they were doing a lot of ceremonies for healing and protection.  I would be having my breakfast; and; then I would watch a woman slowly meandering; in her feminine attire; walking to the spot where she would be doing the sacred offering.  I would watch with reverence as she moved her delicate hands and her serene face would be muttering silently a prayer.  It really was a very peaceful process to watch.  I simply loved the style of walking – feminine, slowly, focused and gentle.  No rush.  I thought that is one thing I need to take away with me – no rush.  With graceful intent, purpose and focus; they made offerings of love. They are thanking and praising the gods. Feminine Woman Warrior Power.

I loved the colourful display of the offerings the ladies carried around.  Each object had a meaning.  The three major Hindu gods are symbolised by the offering of lime (Shiva), betel nut (Vishnu) and gambier (Brahma).  There were flowers everywhere. I was always seeing lots of marigold around: in water ponds, in toilets, in pathways and by doorways’.  I asked what the flowers represented and I was told that they represent different directions, and gods.  The Gods have their own colour.

You can read more about what is in the offerings on http://en.wikipedia.org/wiki/Canang_sari

Wearing White I love wearing white in London when I do my work; and I loved wearing white in Bali.  I loved the fact that the priest wear white and it made me happy as I remembered the dream I had before I left.  I was told to take white clothes and wear white. I love my messages and whispers.

I loved the feminine attire of the women.  I loved the fact they wore slippers.  I normally do not like slippers, but in Bali my toes seems to like them and feel no pain!  Magic already.

I loved the school children in their uniform with their big smiles and determined academic manner.  I loved watching the people of Bali sit in circles on the floor, laughing, talking to each other, sharing happy moments and quality time together.  They are a people who come together as ONE in the truest sense.  They give life meaning; and; allow the concept of knowing the unknowable. I loved the concept of freedom they showed and their sense of freedom they expressed amongst themselves
and their family.

Hi, I hope you enjoyed this blog post. Drop me a line and let me know how you found it.

For my SPECIAL OFFER Clink this link MOON DATES and put these 2015 Moon Dates in your diary.

Donation: If you can, please donate £1 or more to RNIB.  THANK YOU x

Watch my video on Story of Hands of Light https://tokscoker.wordpress.com/the-story-of-hands-of-light/

Watch my video on the Work I Do  https://tokscoker.wordpress.com/

You can follow me and LIKE my blog too. Scroll up to the top on your right.

If you use any of my work, or my pictures, please give me the credit due; and pass on my blog and website.

A New Beginning: Healing After Loss of Loved Ones

Hello Legions of Light, I GREET YOU. Today I write about Healing After Loss of Loved Ones. My last blog post was 15 July 2019.  My Patric died that year 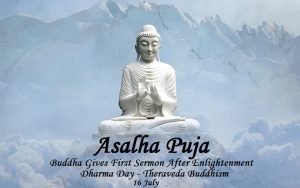 How do we deal with turbulent emotions?  We acknowledge them first. We recognise we have them. We take responsibility for the emotions. We can blame and point

Hello Radiant Ones I hope this finds you well. Thank you for reading my blog posts, sharing and commenting. It fills my heart with joy.  Some of you have been

We entered the Total Lunar Eclipse in London on 21 January.  It was wonderful watching it and tuning into the energy live.  I found it very healing, supportive and quietly

Sign up and receive
“8 Ways to Say Yes to Life”